by Dimitra Dermitzaki
This paper aims at addressing the appropriateness of young “Westerners” when participating in projects of volunteer tourism, inter alia supported by governmental and state funds, while also discussing the complexity of Germany’s refusal of the formal recognition of its committed genocide and reparation payments. 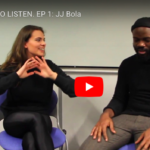