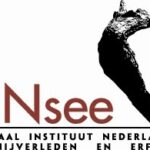 by S.P. van der Horst
The National Institute of the Dutch History of Slavery and its Legacy Foundation (NiNsee) was one of the main actors working to strengthen the country’s discourse on racism and slavery. The cutting down of funds for this institute in 2012 almost forced this institute to close…Once again, the ‘dark pages’ of Dutch slavery history, of repression, subjugation and domination seemed to become marginalized. 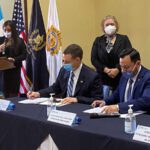 by Michael Angulo and Salome Tash
This paper show how antecedent colonizers found avenues, in the forms of neocolonialism and neoliberalism, by which they could continue the systematic oppression of formerly colonized lands. We will focus on the postcolonial situations Cuba and Guatemala in relation to the role of the USA with these nations. It is our objective to support the notion that while the United States was not a colonizer in the traditional sense of the word, it has become the global hegemon by continuing the systematic exploitation and manipulation of former colonies through neoliberalism and that these manipulations have caused stunted economic growth, political upheaval and violence throughout Latin America. 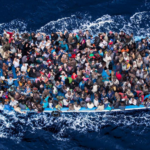 by Kaan Sahin
2015 saw a monumental geopolitical event take place on the shores of Europe, namely, the ‘European Migration/Refugee Crisis.’ The term is given to a period beginning in 2015 when rising numbers of people arrived in the European Union (EU), travelling across the Mediterranean Sea or overland through Southeast Europe. There has been much academic debate surrounding this perceived crisis, one being the name of it, is it a refugee, or a migration crisis? This is the first thing this paper will look into. Moving on from this, there will be then an insight into how Europe reacted to this event, with a special focus on the print media of the United Kingdom (UK), and how it perceived those involved in the crisis, and whether it was a fair portrayal. In contrast to this, the final part of this paper before concluding, will look into a documentary series by the British Broadcasting Corporation (BBC), which showed first-hand the journey of some individuals fleeing their homes to come to Europe. Looking into both forms of media will allow us to build on the ideas of the Indian scholar Gayatri Chakravorty Spivak, to see whether or not the subaltern can speak, and if any criticisms may also arise. 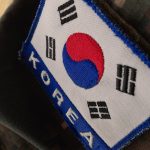 by Byunkun Kim | One talks about the Korean situation, a complex clusterf*ck of North Korean military threats, the “international response” to the said threats, military exercises, flying missiles, etc. But one rarely talks about the human side of the conflict, whether it be the complete erasure of North Koreans in the discussion, or the helplessness of the South Koreans. This cannot continue. This monologue/essay is an attempt to assert that there is indeed a different dimension to the conflict, one that must be brought to light. 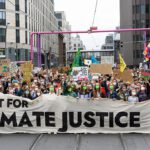 by Marine Boutine and Ricarda Faber
This year’s United Nations Framework Convention on Climate Change (UNFCCC) Conference of the Parties (COP) will focus on the perspective of Small Island Developing States (SIDS) and the issue of climate justice. This paper examines the relationship between environment and colonialism and argues that contemporary colonialism is still being reflected in today’s battle for climate justice. By evaluating the developed world’s attitudes towards solutions for combating global warming issues, we argue that the Global South and the Indigenous Peoples are more vulnerable and disproportionately more affected by the impacts of climate change and how these are examples of environmental colonialism.
This paper is part of an interactive project taking place at the “Conference Of the Youth” (COY13) in Bonn on 02.11. – 04.11.17. COY13 is a key preparatory event for YOUNGO members participating in this year’s UNFCCC COP23 climate negotiations held in Bonn. 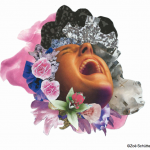